As I was leaving work yesterday, I bumped into a friend. The sun was setting ahead of me so I couldn’t see who had called my name, but as I wheeled my bike closer, there she was, a manifestation out of the syrupy sunshine. She had just gotten off the bus, and had a book tucked under her arm: The Journals of Sylvia Plath.

We’d both read Plath’s journals as (precocious) teens living in New Zealand, but now as adults living in Cambridge, Plath’s words seem surreal as she describes the city we live in—the bridges that she biked, we do too; the river, gardens, streets, and spires have all stayed the same. It’s not just the physical that she captures in her fevered prose, but the milieu too: the antithetical nature of Cambridge as a place that cultivates extreme loneliness as well as constant connection.

It’s often said that reading is another form of travel, and it is (I’ve read so many books set in New York that I feel like I’ve been there, even though I haven’t), but there’s something about existing in a space and then reading it through the eyes of another. When I read The Goldfinch, I serendipitously finished the tome whilst in Amsterdam—suddenly Theo’s experience of the waterlogged city was heightened. I stood where he stood, felt the cold just as he had, and had the weight of The Art World hefted upon my shoulders. A.S. Byatt’s The Children’s Book was a wonderful romp in the English countryside of my imagination, but upon rereading it since moving to England, the characters were alive and real to me—existing in a space that, like my friend calling my name out of the sunset, had suddenly manifested itself as real, as true, as tangible. When I went camping in Scotland I read Harry Potter and the Deathly Hallows, and I read the ending of The Amber Spyglass sitting on the bench in Oxford’s Botanic Garden. I marvelled at the magic that’s not created by the fantastical narrative, but by place that was once only in my imagination materialising before me.

Growing up in New Zealand, it was a rare occurrence to read a book set in my hometown, but now that I’m in England, so many abstract locations have solidified. I know where Camden is, and how far it is from Kew! I know Kings Cross and Charing Cross. The literary map drawn in my mind has shifted and warped to make sense. I walk the same streets as Charles Dickens’s ghosts and Harry Potter. Take the same train as Virginia Woolf and Zadie Smith.

Now I’m longing to visit Patti Smith’s New York (will it be different to the New York in A Little Life, or Fates and Furies, or The Catcher in the Rye?), and Murakami’s Japan. In the back of my mind (and in my browsing history) I’ve been mulling over a pilgrimage to Ferrara to follow the characters in Ali Smith’s How to be Both and then onto Elio’s Lombardy from Call Me by Your Name to luxuriate in the palettes and passions of an Italian summer (cycling through the countryside, swimming in the river, eating peaches). Maybe I’ll see some of Ferrante and Forster’s Italy too. Until then I’ll let my books do the traveling, and exclaim in delight when I open a book to find it set in the place I exist. 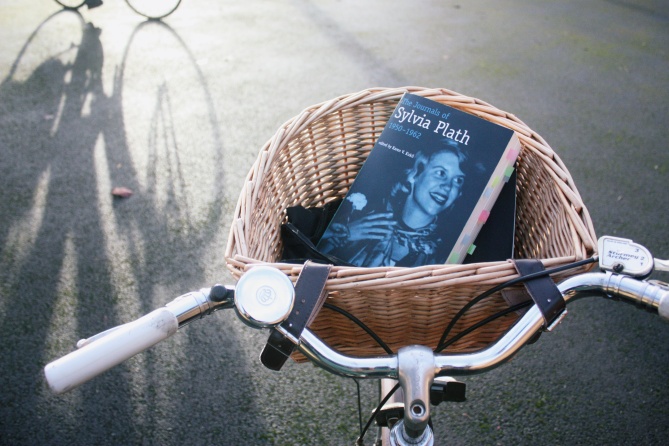 Note: this post was originally written for and published on Book Riot.

2 thoughts on “On Place and Space in Literature”